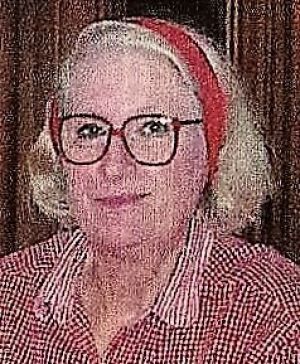 Born and raised in Tiffin, Ohio with two brothers and two sisters, she started painting at age 12 while attending St. Mary Catholic School, where her early artistic talent was recognized. After graduating from Calvert High School in Tiffin, she spent six months as a model in New York City, together with her identical twin sister. After returning home she married Fred Stetzel, a businessman and future mayor of Fremont, Ohio, where they lived and raised 3 children. She still lives in their 1872 Victorian mansion near the Hayes Presidential Center, was once owned by the President’s uncle, and now restored and filled with paintings and antiques.

She always kept busy with numerous homemaking and craft activities, but resumed painting about 60 years ago. Initially, she copied children from advertisements in McCall’s magazine, then eventually settled on a primitive Americana style, reminiscent of Grandma Moses. Her oils and watercolors portray memories of growing up during the Depression of the 1930s and the WWII years of the 1940s. They include winter scenes, indoor and outdoor family activities, and games frequently played by the 80 kids in her neighborhood. Numerous indoor school paintings show students being taught by nuns, obediently sitting at rows of desks, writing on blackboards, and making decorations for numerous holidays.

At various times she painted historical scenes based on photographs from magazines, such as Life and Look, including the life and death of President John F. Kennedy. She also made wooden cut-out constructions featuring scenes from farms and homes, Disney characters and circuses, designed to entertain children. She has recently published 4 children’s books with her illustrations, with several more ready for publication. She still paints everyday stretched out on an antique couch.

Overall, her paintings resonate greatly with adults who remember growing up in a very different time, before the age of television, computers, and cell phones, when most families didn’t even have a car. Their bright primary colors, straight out of the oil paint tube, leave you feeling happy and probably nostalgic for your own childhood.

Some of her work: 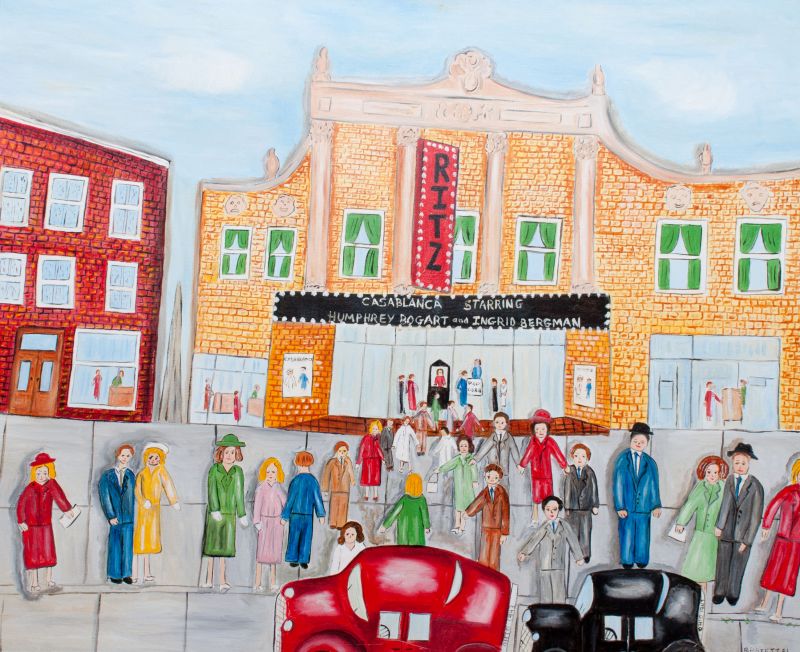 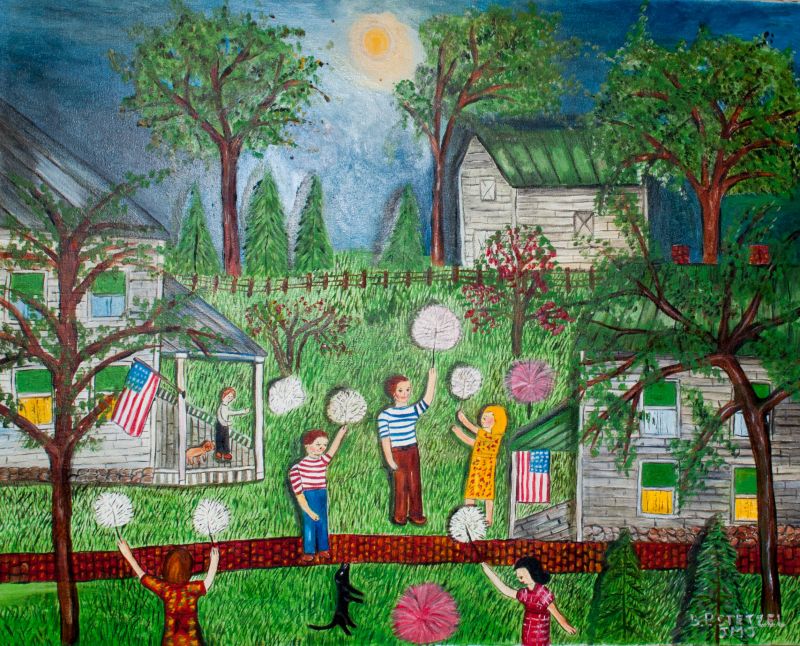